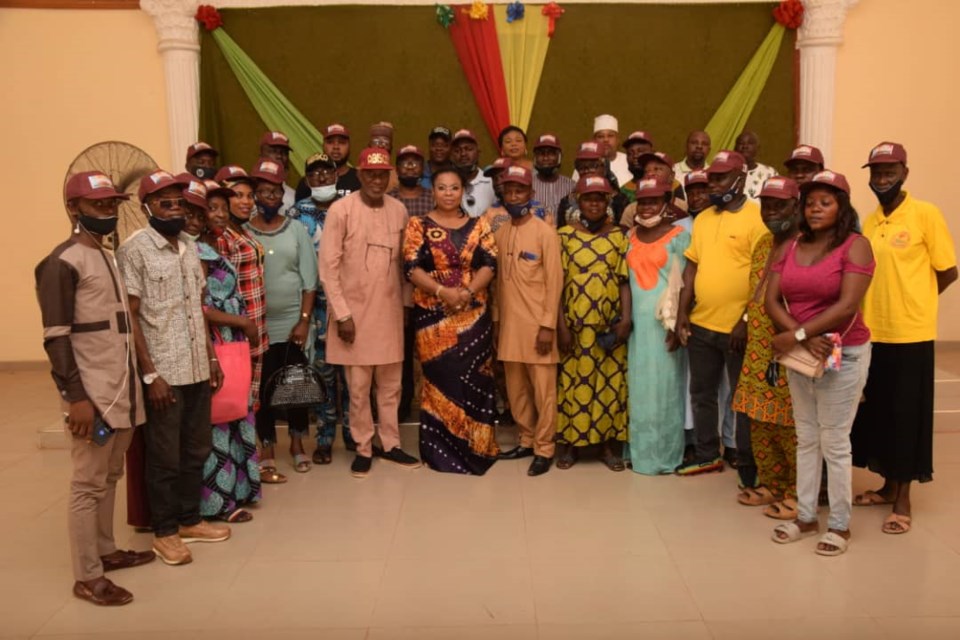 Princess Olabisi Adebajo, aka ABISCO,  Chairman of Mosan Okunola LCDA., has declared her interest for a second term and was recently screened and cleared to participate in the APC primary election.

However, on Wednesday, community leaders of the Okunola LCDA held a meeting with the LCDA Chairman who was spotted seated among residents of the community. The head of the Igbos in Okunola, Jombo declared that he has received recommendation from his Igbos in the community " I am following my Igbo people, and they told me that they are going with Princess Olabisi Adebajo, this established the fact that I am with her all the way" he said.

Okuboyejo further disclosed that Princess Adebajo in her first term operated an open door policy that established a mutual beneficial working relationship between artisan and her administration.

"We get invites to the yearly stakeholders meeting, a session that gives artisans the opportunity to bring inputs into the council's budget, especially as it affects our respective trades and vocations" he said

The Artisan Chairman further disclosed that artisans were considered among the beneficiaries of the council's palliatives during COVID19.