Igando-Ikotun: Properties to go down as LASG, stakeholders meet on road construction project

The Two roads contractor are expected to mobilise to site any moment from now, to begin the first phase of the project with period of 18 month.
Jun 4, 2021 12:36 PM By: Adewale Ilesanmi 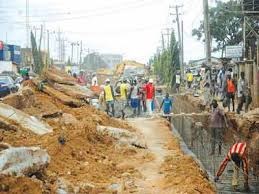 AFTER a successful meeting with stakeholders of the Ikotun-Igando LCDA on Thursday, the Lagos State Government released its plan for the construction of Abaranje, Akesan and Obadore link road.

The stakeholders unanimously agreed to the rehabilitation and massive expansion of strategic roads in Igando Ikotun Local Council Development Area by the Lagos State Government in the council's area.

The Special Advisers to the Commissioner for Works and Infrastructure, Mrs. Aramide Adeyoye, stated that the meeting became necessary so to discuss chances available for properties that fell on the Right of ways (ROAs).

Adeoye further noted that demolition was inevitable in the rehabilitation and expansion exercise. She stated that as a responsible government, “we want to carry you along in the execution of this noble project.

“We, therefore, solicit for the understanding and cooperation of all residents, especially, those whose properties will be affected. We realise that this temporary inconvenience will soon give way to all the conceivable comfort that the project when completed will bring to the entire communities,

The traditional ruler of Onikotun of Ikotun, and the Alakesan-elect who spoke at the forum, observed that Igando-Ikotun division has suffered neglect for so long.

“However, we thank God and Governor Sanwoolu Babajide for this opportunity. We will support the project because Igando Ikotun is now faced with unimaginable developmental projects.

Council Chairman Hon. Morenike Adesina Williams implored the contractor to patronise local building materials, as well as engage the youth and artisans in the execution of the project; “We don’t want the Governor to regret coming with this laudable project. Let us all join hands to ensure its successful completion”, she pleaded.