JUNIOR Arsenal has beaten AZ Zola Babes 3-1 on a knockout basis to qualify for U-13 JOF Kids Cup final that will hold at the Campos Mini Stadium in Ajele, Lagos Island on May 2,
Apr 29, 2021 6:30 PM 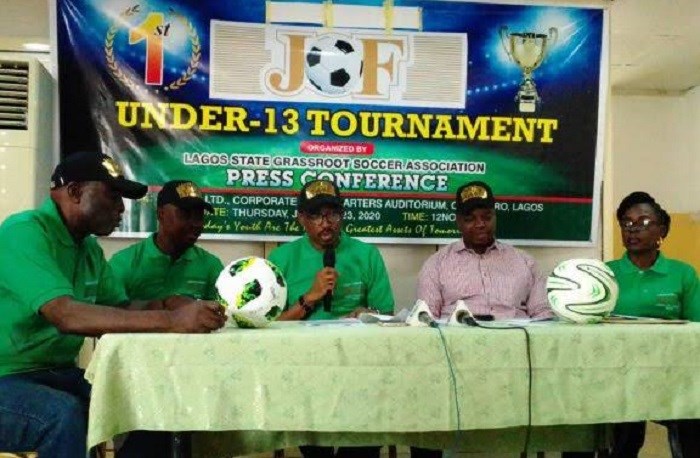 The clash for the top prize will be between Junior Arsenal of Alimosho and Ayo Babes of Ajeromi, while Prince Boys, Lekki will battle with AZ Zola Babes, Ijegun to decide the third position.

According to the sponsor of the match, JOF Nigeria Limited, the winner of the competition will win N300, 000 and a trophy, while N200, 000 will be given to the runner up.

JOF organises the competition in partnership with the Lagos State Grassroots Soccer Association.

Speaking during the unveiling of trophies and prizes for winners, the most valuable player, best goalkeeper and highest goal scorer, the Director, Strategy Support Services, JOF Nigeria Limited, Adeyinka Adetunji, who spoke on behalf of the firm’s Chairman, Dr. Olusegun Olugboyegun, thanked the state’s grassroots association for the opportunity to host the youth in the football event.

“We would like to thank the organisers of the Under-13 Soccer Competition for giving our company the privilege of being associated with their efforts to develop sports and discover young football talents, who have prospects of bringing glories to their families and our great country, Nigeria in the future.

“As the sponsor, we are specifically excited with the Lagos State Grassroots Soccer Association for the continuity of this tournament because of its usefulness as a platform to discover talents and prepare the kid footballers for even greater competitions in the future.

“Our chairman has asked me to extend his congratulations to our talented footballers who have formed themselves into clubs to take part in this competition, their coaches, managers, parents and supporters.

“We are conscious of the fact that these football teams have engaged in trainings that required hard work, discipline and determination. With the ages of these players, outdoor sporting activities should always be considered as an important part of their leadership developments, aside being an opportunity to showcase and develop talents of the future leaders of our great country, Nigeria”.