HE described the feat ‘‘as another milestone in the drive of the present administration to revitalise the railway system and establish it as a choice mode of transportation for both passengers and freight. This vital line establishes an end-to-end logistic supply chain in railway transport within its short corridor, Lagos – Ibadan, as goods to the hinterland would now be transported by rail directly from the Apapa port Quayside straight to the Inland Container Depot located in Ibadan from where it can be distributed to other parts of the country”.

The President ended his address with a pledge that his administration would continue to prioritise the railway system as a means of transportation that will boost industrial and economic activities in the country. 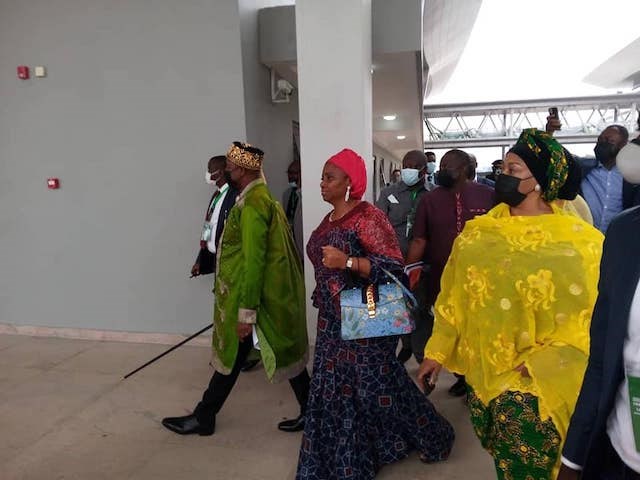 TRANSPORT MINISTER AND MINISTER OF STATE

At the inauguration, the president was joined by Femi Gbajabiamila, the Speaker, House of Representatives, the governor of Lagos State, Mr Babajide Sanwo-Olu, Ekiti, Oyo, and Ogun state governor, the deputy governor of Ondo state, the Minister of Transportation, the Minister of State and other ministers, as well as some government officials.

Education: AWAN partners with the Lagos State Government on the development of LASU.
Jun 18, 2021 3:45 PM
Comments