Welcome to the Week 9 episode of our web series, Agatha, on AlimoshoToday.com. Agatha will run for the next 20 weeks and you will be joining other readers to solve this riddle: IS AGATHA’S HUSBAND SLEEPING WITH THE HOUSEMAID?
May 4, 2021 3:41 PM By: Dupe Akinola 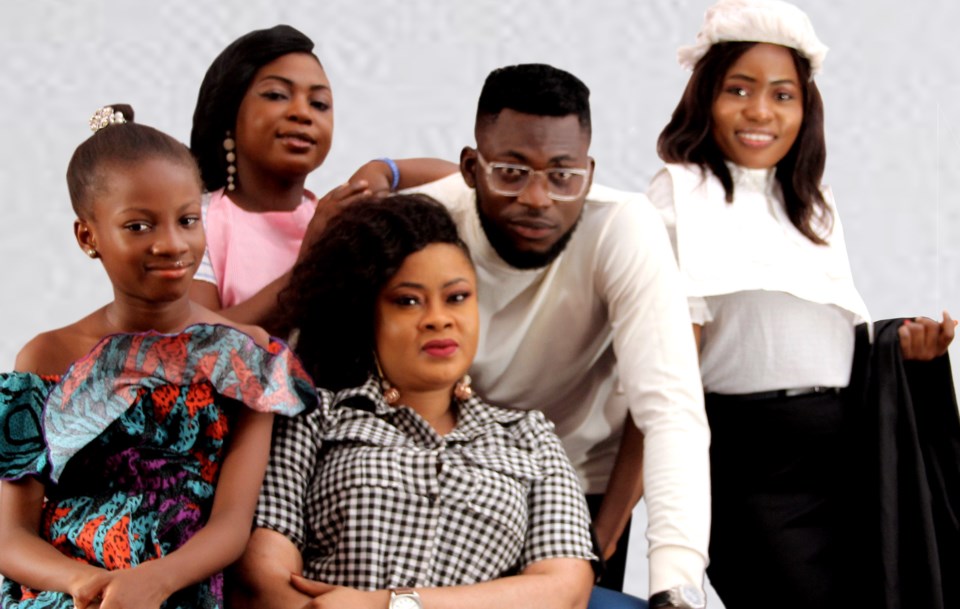 AGATHA ordered her driver to take her to Clara’s house from the airport. Her family did not know she was back in the country and she didn’t care. She cared about her daughter, Sharon, but it was better if she didn’t know she was back. She had rather just stayed with Clara over the one week before she strolled in.

Clara was happy when she saw Agatha’s Ford Edge drove into her compound. She was not aware she had landed and the surprise struck her like a thunderbolt. The two best friends ran into themselves and curved into warm hugs.

At night, Clara’s Ghanaian cook made chicken and chips for the girls. It was late but a couple of bright stars hung around to keep them company and keep the darkness fairly away.

“I called in on Eddie,” Clara began, “he seemed not to care about you wanting a divorce. Won’t you guys just stop this?”

“I don’t care about it either. My mind is made up, anyway.”

“Come on, honey, you should now. You are splitting your marriage into halves and it’s suddenly getting unfunny. I am worried about you and Sharon, the aftermath, life after separation and all. More so, you have built a home, why would you at this point allow it crack?”

“There had been cracks before now, babe. I just got drown into the situation, remember?”

Clara remembered nothing. She made an attempt to be blunt on the topic, suddenly wearing a firm expression.

“Angel, I think it’s high time I told you the truth”

“Something unusual for lawyers to do, but tell me. I am all ears.”

Clara didn’t like that. But she ignored her and went on.

“Babe, Eddie’s infidelity is not enough for you to split up. I think letting your housemaid leave is more like it. You could straighten him up if the girl is nowhere around. Make sense?”

Agatha looked up into the ceiling as if the answer would fall from there. She sighed and took a sip of her cream soda.

“Sorry, legal doll, that doesn’t!” She gave back with a weak smile.

The two ladies had been friends since their university days. An enduring friendship of extreme two opposite sides, but knitted together by a distinct measure of natural compatibility.  Agatha was the no-nonsense type and of the two, the inward and prettily reserved one, more of a melancholy with a very little slice of sanguine. She talked less and was gentle and shy. On the other side, Barrister Clara Otiko was the red horn with stiches of complexity all over her person. You won’t be surprise to see her defending a client on Thursday in court and on Friday night, sweating it out in a nightclub with a stick of cigarette in between her fingers and rounds of beer to go. But she was the more intelligent one who had all the answers to every problem, especially her friend’s problems.

Clara was proposing answers to a problem that had already been resolved. Agatha was unwilling to buy any solution from Clara as doing with her intention to divorce Eddie. She had always been faithful and she expected the same level of faithfulness from her man. And if her husband was going to throw in a surprise, for heaven’s sake, it shouldn’t be on her housemaid and right now, divorce could only be the answer.

In between, she admitted Clara made some sense; Ebong will have to be sent away. But even at that, does that straighten up the man? Infidelity is like the root of a tree. It breeds a stem and breeds branches. Cut a branch off and it makes no difference as long as the root is intact. Ebong could just be one of his games and there may be others unknown to her; sending her away would make no difference all the same.

She was going to send her housemaid away, but not until she found out what had been going on behind her back all the while. Something told her to hold on strong and be patient until the cat is let out of the bag. She strongly had this belief that the two would run into her, albeit carelessly. She longed to catch them red-handed and have a clearer proof to defend her divorce, especially with her family. She had loved Eddie all her life, giving, sacrificing, and working hard to support the family. Her type of woman would do everything for her man only if she was the only woman. She gulped down the remaining of her cream soda and began to ponder over her daughter, Sharon.