Raphael Varane has been ruled out of Real Madrid’s Champions League clash with Liverpool on Tuesday evening after testing positive for Covid-19.
Apr 6, 2021 1:33 PM 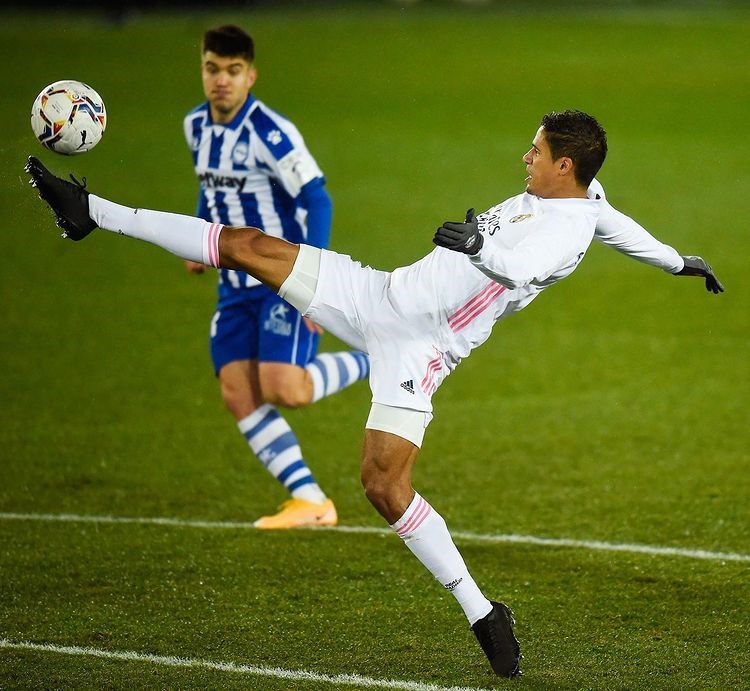 Raphael Varane has been ruled out of Real Madrid’s Champions League clash with Liverpool on Tuesday evening after testing positive for Covid-19.

The Spanish champions are already without their captain Sergio Ramos due to a calf injury, while Eden Hazard and Dani Carvajal are also sidelined.

Madrid’s players all took a routine test for coronavirus on Tuesday morning and the Spanish club have confirmed that Varane, who trained with his teammates on Monday, has returned with a positive result. A brief statement from Madrid on Tuesday afternoon read: ‘Real Madrid CF informs that our player Raphael Varane has given a positive result in the COVID-19 test that has been carried out this morning.’

Varane has begun his isolation period but will be unavailable for the second leg against Liverpool at Anfield next Wednesday, as well as the Clasico against Barcelona on Saturday. The France international’s absence means that Zinedine Zidane is left with Nacho and Eder Militao as his only two fit senior central defenders.

Speaking ahead of Madrid’s Champions League quarter-final, Zidane praised Jurgen Klopp for his work at Liverpool.

"When I took my training course as a coach, I saw many coaches and some of the best," said Zidane.

"I also saw Jurgen Klopp, but then a coach has its own system. I believe he has a very specific way of training.

"He has the experience and the work he has done. Everyone has their own way.

"I looked at all the technicians and saw a lot of things about him when he was doing the course. I’m not going to copy him but you learn and I learned from him."