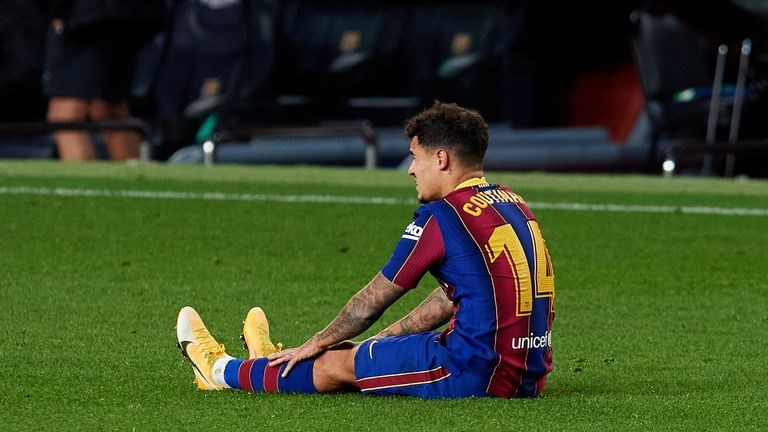 The 28-year-old came off the bench in the second half of the match but limped out of the pitch during stoppage time against Eibar.

A statement from the club read: "The tests carried out on the first team player Philippe Coutinho have shown that the midfielder has an injury to the lateral meniscus in his left knee.

"Treatment will necessitate arthroscopic surgery which will take place in the coming days."

Barcelona, who is currently on the sixth position on the La Liga table, will be without Couthino who joins the likes of Ansu Fati, Sergi Roberto and Gerard Pique on the Barcelona injury list.