Arsenal is likely to see a number of players leave the club on loan when the transfer window opens in January, manager Mikel Arteta said on Thursday.
Dec 31, 2020 8:40 PM 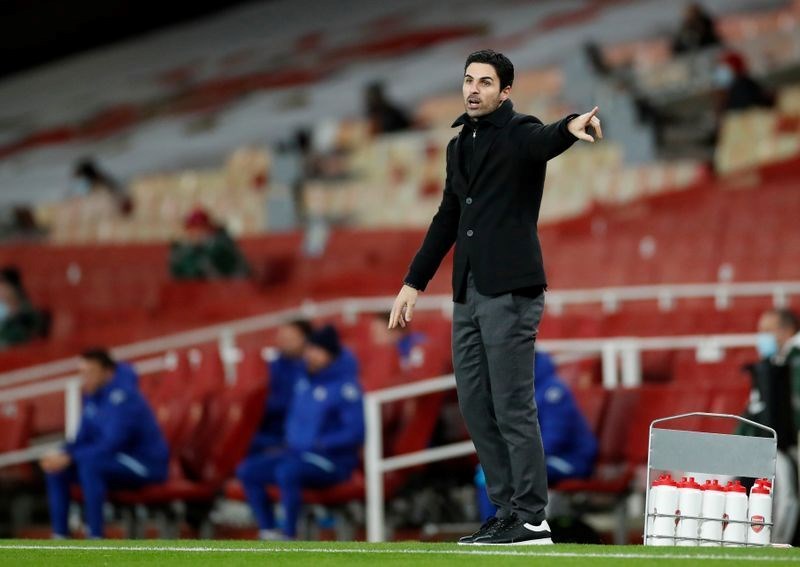 Arsenal is likely to see a number of players leave the club on loan when the transfer window opens in January, manager Mikel Arteta said on Thursday.

The Spaniard said this was because they have a large squad and extra players in certain positions.

“That’s the priority at the moment, because we cannot sustain the numbers that we have in certain positions,” Arteta told reporters ahead of Saturday’s trip to West Bromwich Albion.

“We’re looking to do that. And then we will see if we have the right opportunities in the positions that we need some more help. We’re working with the club to try to address them.”

Defender Sead Kolasinac has been linked with a move back to struggling German side Schalke 04 but Arteta refused to confirm any deal.

“We have had some conversations around a few players and whether we can find some loans… But, again, we cannot confirm anything at the moment,” the manager added.

Arteta also said there was no need for a temporary halt to the season after surging infections in the league led to a third match being called off on Wednesday.

Fulham requested their game at Tottenham Hotspur to be postponed due to an outbreak at the club, two days after Manchester City’s game at Everton was also called off.

West Brom manager Sam Allardyce wanted a pause in the season to act as a “circuit break” but Arteta, who contracted the virus in March, said the show must go on.

“All the protocols we have in place, everything we do around the training ground and matches, the fact that we play our game outside; they minimise the risk a lot.

“But I think it will work and I think we can carry on doing it,” Arteta said.