PRESIDENT Muhammadu Buhari received the first-ever made in Nigeria cell phone, the ITF Mobile from the Minister of Industry, Trade, and Investment, Otunba Adeniyi Adebayo on Wednesday, 9th of June, 2021.
Jun 10, 2021 4:13 PM By: Ayomide Eweje
Previous Next
ITF MOBILE
Expand

THE Minister, who presented the phone to the President before the start of the weekly Federal Executive Council (FEC) meeting, claimed the phone was one out of the twelve locally produced phones made by the Electrical/Electronic Technology department of the Industrial Training Fund’s (ITF) Model Skills Training Centre.

He said: “Twelve indigenous mobile cell phones produced by the Model Skills Training Centre of the Industrial Training Fund; an agency under the Ministry of Industry, Trade and Investment was launched. It gives me great pleasure Mr President, to present you with one of the phones.” 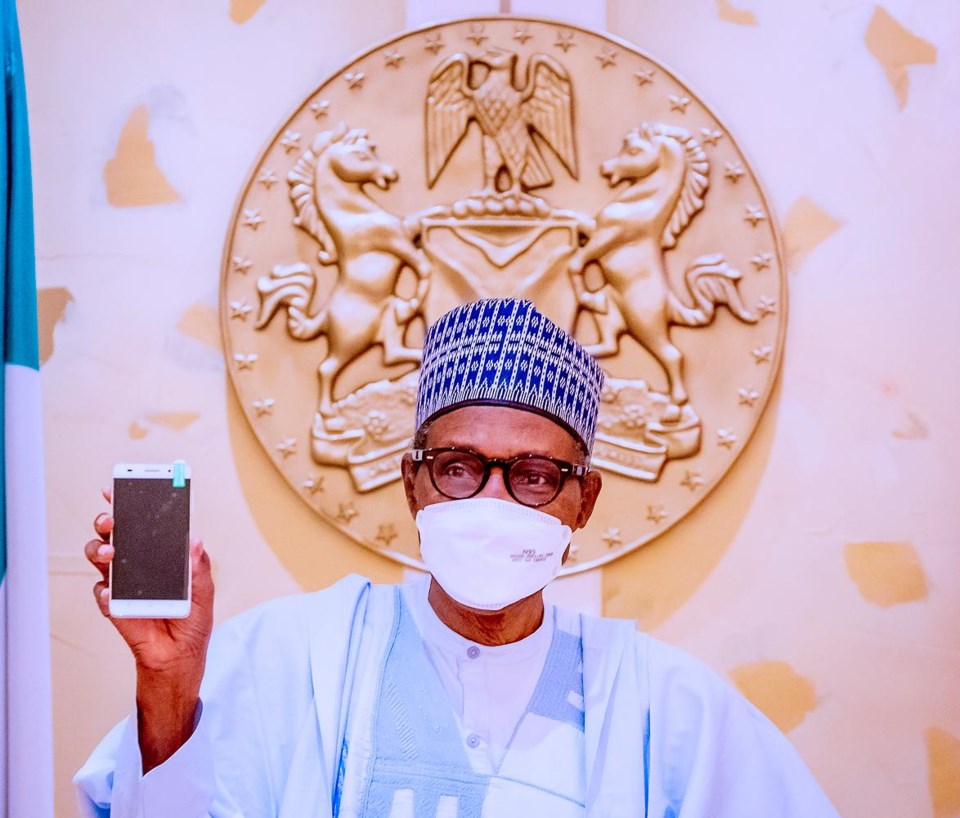 According to Adebayo, the ITF Mobile was presented and launched by the Model Skills Training Centre at the 12th National Council on Industry, Trade and Investment, held in December 2020.