Work has commenced on the Akinola/Aboru drainage channel to permanently curb the menace of flooding in the area.
Dec 11, 2020 3:07 PM By: Oluwafunmilayo Daramola 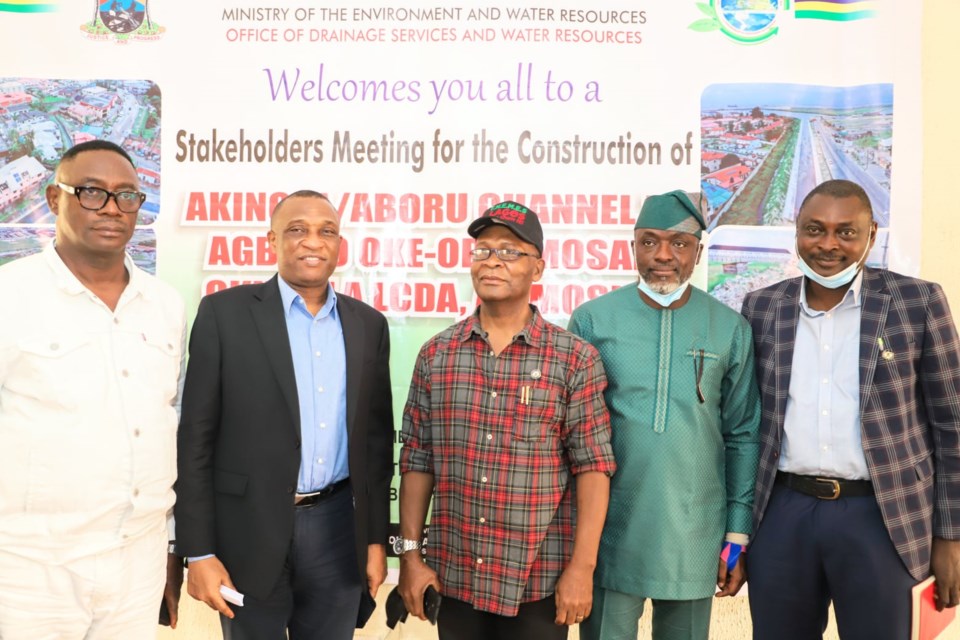 Work has commenced on the Akinola/Aboru drainage channel to permanently curb the menace of flooding in the area.

This is just as the Lagos State Government also assured residents of Agbado-Okeodo, Mosan-Okunola and Ayobo-Ipaja Local Council Development Areas (LCDAs) of a qualitative finish.

Addressing stakeholders at a meeting held in Abule Egba, Lagos, the Special Adviser to the Governor on Drainage and Water Resources, Engineer Joe Igbokwe, commended the residents for collaborating with the state government on the construction of the major drainage channel along the axis.

He noted that the construction of canals is ongoing in various areas for water to flow naturally, stressing that the government will not relent in performing its responsibilities of maintaining a flood-free and clean environment.

Igbokwe appealed to residents to take ownership of the project after completion and desist from the arbitrary dumping of refuse into canals in order to continuously sustain a flood-free Lagos.

Also, the Commissioner for the Environment and Water Resources, Mr Tunji Bello said the flooding had almost become intractable, as such the Governor Babajide Sanwo-Olu-led administration resolved to prevent further loss of lives and property occasioned by flooding by awarding the contract afresh.

He added that the construction of Akinola\Aboru Drainage Channel would contribute to sustainable development and a quality living environment for all, adding that the cooperation of all residents was necessary to see the contract through.

"Without your robust contributions and buy-in, we cannot achieve the desired success, which explains the reasons why your inputs are being sought as we commence the job," Bello said.

He charged residents to form a committee among themselves to supervise the project and report their complaints to the Ministry in case any discrepancy is observed during the project.

Also speaking, the Permanent Secretary, Office of Drainage Services, Engineer Olalekan Shodeinde, described the channel project as an engineering masterpiece, which will run through three local councils, stressing that the project may come with some discomfort as building on the setback and alignment may be moved in the public interest and good of the majority.

He added that the 20 metre-long Akinola Bridge that collapsed recently would be reconstructed and expanded so that water flows freely underneath without damage.