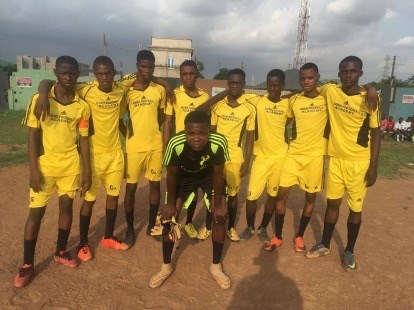 Goro Football Academy has emerged the champion of the 2020 Ottasolo U15 football tournament.

The team defeated B United to emerge winner.

The Goro won 8-7 through penalty shoot-out after regular time had ended in a goal-less draw.

Both sides missed several scoring chances during relegation time to the dismay of fans, who trooped to the Idowu Fadeyi Field, Ayobo to cheer them to victory.

Goro Football Academy coach, Abiodun Adeniji, said: “I am happy we won; my boys played well and to instructions. We deserve to win. B United are a good side too, they are not an easy team. I think it was a good match for both of us.”

The coach also commended the President of Ottasolo, Gabriel Davies, for providing an enabling environment for youths to exhibit their skills.