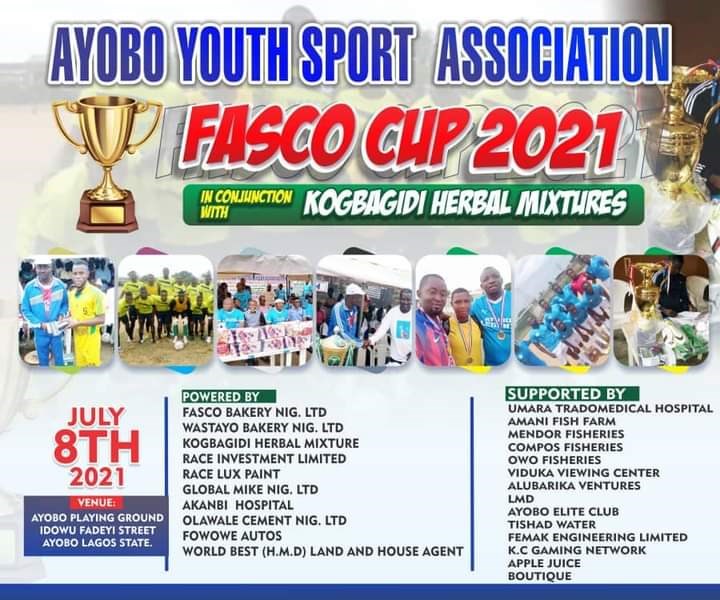 PREPARATIONS are on high and sport lovers are getting ready as Ayobo-Ipaja is set to host its popular annual grassroots football competition, FASCO Cup.

According to the organisers, the opening ceremony will take off July 8, 2021, with 32 football teams from different local government areas participating. The tournament will kick-off at the Ayobo playing ground, Amule Ayobo Lagos.

The finals of the last edition was between Toma FC from Agege and Ajo FC from Ipaja; Agege standing as the defending champions after a penalty kick out.

It is said that he final for this year's competition will hold at Dog Centre, Command, as measures to give security to the competitors.