A Magistrate Court sitting in Ikeja has remanded an unemployed 20-year-old man, Toheeb Mustapha, who allegedly inserted his finger into a 13-year-old teenager's private part.
Nov 18, 2020 5:48 PM By: 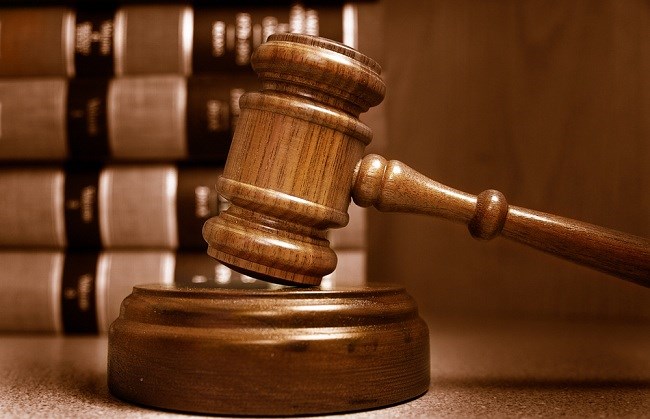 A Magistrate Court sitting in Ikeja has remanded an unemployed 20-year-old man, Toheeb Mustapha, who allegedly inserted his finger into a 13-year-old minor’s private part.

The defendant, a resident of Igando, is standing trial on a count charge involving defilement.

The Prosecutor, ASP Kehinde Ajayi, had told the court that the defendant committed the offence on October 6 at his residence.

He said that the defendant called the girl into his room on the pretext of sending her on an errand.

“He inserted his finger into her private part and released her to go after he had satisfied himself.

“When the girl’s mother noticed that her daughter had suddenly withdrawn from her usual self and was most times moody, she asked her questions.

“The minor told her mother what the defendant did to her,’’ Ajayi said.

The prosecutor said that the alleged offence contravened Section 261 of the Criminal Law of Lagos State, 2015.

The Magistrate, Mrs A.O Ajibade, who did not take the defendant’s plea, referred the case file to the state’s Director of Public Prosecutions (DPP) for advice.

Ajibade ordered that the defendant be kept at the Kirikiri Correctional Centre, pending the advice from the DPP.

She adjourned the case until December 12 for mention.

Alimosho stakeholders meet ruling party executives to express solidarity
Nov 19, 2020 9:39 PM
Comments
We welcome your feedback and encourage you to share your thoughts. We ask that you be respectful of others and their points of view, refrain from personal attacks and stay on topic. To learn about our commenting policies and how we moderate, please read our Community Guidelines.