POPULAR Nigerian actress, Adesua Etomi-Wellington and her husband Olubankole Wellington, have revealed that they were pregnant with twins but suffered a miscarriage.
Apr 5, 2021 5:39 PM 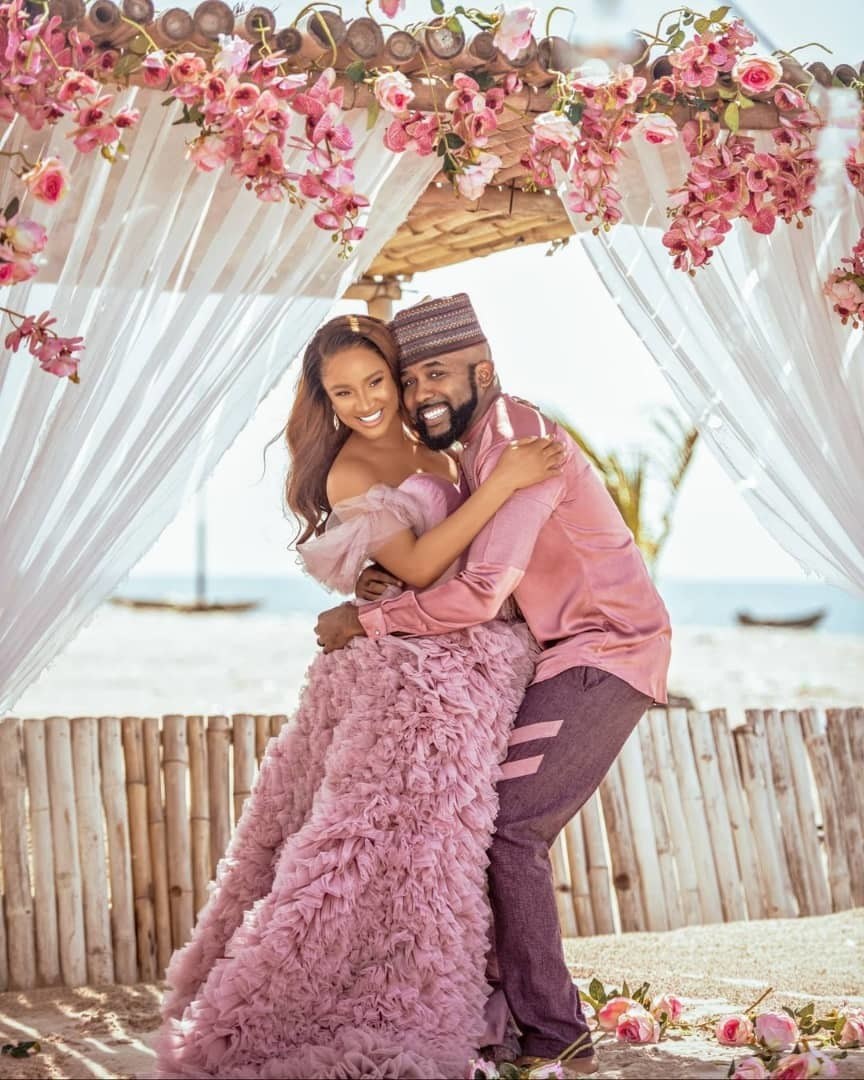 They made this revelation during a chat at The Waterbrook Studio while sharing the testimony of God’s goodness in their lives.

Adesua stated that when the doctors told her they could not find the children’s heartbeat, she initially laughed, but upon getting home, she broke down and began to wail.

“We got pregnant with twins and we had gone for the scans and we had seen the heartbeats. At this point, very few people know when this happened. Every report you have heard is a lie because nobody knew when it happened. We saw the heartbeat and everything was okay.

“During a routine check up, we went back to the hospital to have a scan and I just saw the doctor’s face ― you know when something is wrong; sometimes you can tell. The doctor was scanning and I asked, ‘what is wrong’ but she said nothing.

“I looked at the nurse’s face and she looked a bit funny too. I asked what was wrong and she said, ‘Adesua, I am looking for the heartbeat.’ I asked, ‘for two of them?’And she said yes. I am actually not going to lie, I started laughing because it did not make any sense to me. I was like, ‘what do you mean you can’t find the heartbeat of both?’ She said ‘Yes’. Banky was not home at the time, so, I went home and I remember being in our living room. When I was at the hospital I was laughing; I was like ‘God knows’.

Adesua continued, “When I got home, I literally collapsed on the floor and I wailed. Wailing is not the same thing as crying. Wailing is a deep groaning in your chest. It is like a nut that you cannot get rid of. I am sharing this because so many women go through this but nobody talks about it because it is almost like a thing of shame for whatever reason and I don’t know why, because you don’t control your body; you don’t create yourself.

“I want to give a shout out to every single woman that has gone through IVF. I know what you have gone through. I have veins in my hand that no longer work; they are so traumatized that you cannot get blood out of them. IVF is a very tasking thing ― emotionally and physically on your body, mentally it is very tough.

“It was very tough; it was very hard. I was going through it while going through the fact that every day I will hear one rumour or the other. Some said I was barren, some said my husband was impotent or I had done something to my womb. It was very hard, but I am saying this because I promised God that I would and there is nothing anybody can do to make me shut up about the goodness of God.

“It is funny how we can accept that the other organs might need help; you can get a heart transplant, you can get help with your kidneys, but when it comes to the reproductive organs, it is like a dirty topic nobody wants to talk about. I think it is really important that we talk about it.

Adesua added that after suffering the miscarriage, she and her husband decided that over that weekend, they were going to pray because they believed that there was nothing God could not do.

On his part, Banky W gave a graphic description of the challenges that came and how the couple overcame them together.

“And Monday or Tuesday rolled around, and we went back for the scan. And not only did we not see heartbeats, the embryo were shrinking, so they were decaying and dying,” Banky W said, as the couple sobbed on stage.

“When we found out that we were losing them and they had to do an evacuation, it was an emotional time, and she cried…

“The day we cried together was the day of the evacuation (the removal of the dead embryo) and we went to the hospital and did the procedure. Adesua is one of the strongest people that I know, but I had never seen her so frail and in so much pain, emotional and physical.”

Adesua and Banky W welcomed the arrival of their first child together in February 2021.