THE Lagos State Health Management Agency (LASHMA) has presented a total prize of N1.6 million to the three winners of the "Ilera Eko" Theme Song Talent Hunt competition, just as it inaugurated the winners as Ambassadors.
Dec 31, 2020 7:20 PM 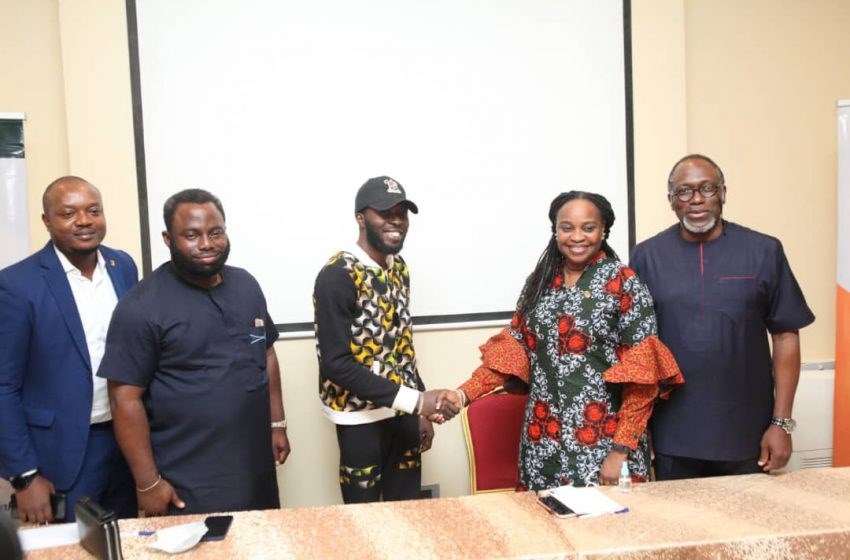 THE Lagos State Health Management Agency (LASHMA) has presented a total prize of N1.6 million to the three winners of the "Ilera Eko" Theme Song Talent Hunt competition, just as it inaugurated the winners as Ambassadors.

Presenting the prizes to the winners - Sola Soetan, Oreoluwa Odelola and Olusegun Adedeji - the General Manager of   LASHMA, Dr. Emmanuella Zamba, said that the Agency initiated the Lagos State Health Scheme (LSHS) "Ilera Eko" programme in order to extend the laudable initiative to the informal sector, which constitutes about 70 percent of the economy of the State, with youths playing a significant role.

She averred that "Ilera Eko" is a call to action for all residents to take cognizance of their health and buy into the Lagos State Health Scheme (LSHS), stressing that every Lagosian should be in good health to be able to contribute to the development of the State.

The General Manager noted that the talent hunt competition has also gingered youths to realise the need to participate in governance and champion worthy initiatives for the benefit of their communities and environment.

Congratulating the winners, Dr. Zamba urged all youths in the State not to relent in their efforts at supporting the Lagos State Government in the realisation of the T.H.E.M.E.S development agenda.

She also commended the state government for ensuring that youths in Lagos contribute their quota to realise the aims and objectives of the LSHS, which is mandatory for all the residents in the state.

The General Manager further disclosed that at the end of the highly entertaining and keenly contested screening exercise, Sola Soetan emerged as the overall winner due to the originality of his music, melodious creativity, content, arrangement and overall likability among others.

While adding that Oreoluwa Odelola and Abayomi Adeogun came first and second runners-up respectively, Zamba explained that as "Ilera Eko" Ambassadors, the winners are expected to propagate the Lagos State Health Scheme (LSHS) in a positive way so as to encourage other residents in the state to key in into the scheme.

The co-initiator of 'Ilera Eko' Theme Song Talent Hunt and Chief Executive Officer, International Facilities Services (IFS), Dr. Tunde Ayeye, congratulated all the winners as well as participants, saying that his organisation would continue to support the Agency in the realisation of its mandate.

He implored those who have not enrolled on the scheme to do so immediately by paying either N8,500 annually for individual premium or N40,000 annually for family premium, which covers the father, mother and four children below 18 years.

Dr. Ayeye said that with good health, residents in the State will be more productive and wealthy, imploring everyone to support the health agency in the provision of affordable, efficient and quality healthcare to the people.

The winner of the competition received a cash prize of N1 million while the first and second runners-up also got cash prizes of N350,000 and N250,000 respectively.