WEEKS after AlimoshoToday reported indiscriminate refuse disposal around Alimosho Local Government Area, the Lagos State government has called on residents to change their attitude towards waste management in order to curb environmental pollution and protect the ecosystem.
Nov 23, 2020 9:47 AM By: Gideon Adonai 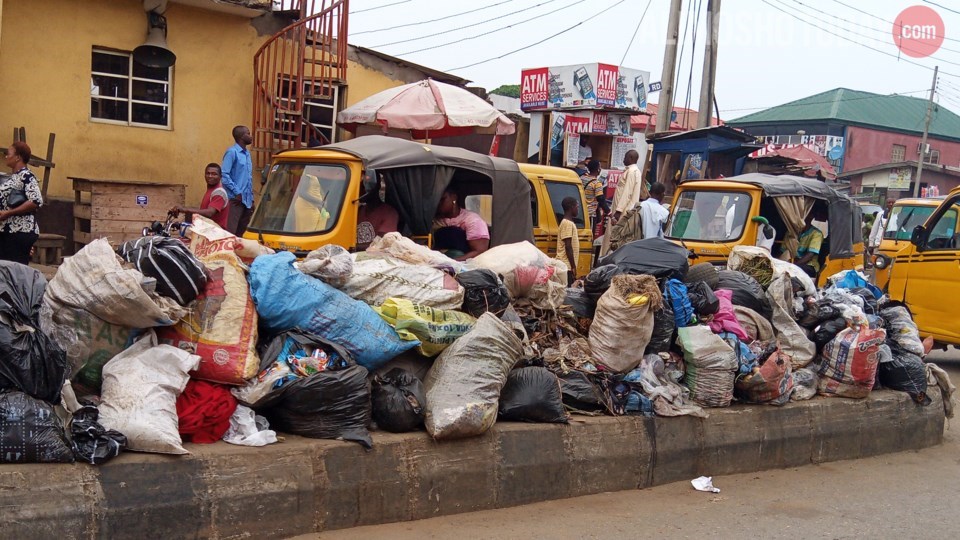 WEEKS after AlimoshoToday reported indiscriminate refuse disposal around Alimosho Local Government Area, the Lagos State government has called on residents to change their attitude towards waste management in order to curb environmental pollution and protect the ecosystem.

Mrs Folashade Jaji, Secretary to the State Government (SSG), made the call on Saturday during the flag-off ceremony of a seven-day intense cleaning of the waterways.

“With the upsurge in the blockage of drainages and waterways with plastic bottles and water sachets, it is imperative for all and sundry to have a change mindset towards the environment by disposing of our waste properly and to educate our children and wards against indiscriminate disposal at all times,” she said.

According to the SSG, it is a known fact that plastics endure for 450 years with its damaging effects on the ecosystem and constitutes a threat to human and wildlife.

She lamented that many seabirds and animals were killed yearly by plastics, stressing that the number of plastics in the sea have outnumbered the marine animals by a ratio of six to one.

Jaji noted that the State Governor, Babajide Sanwo-Olu, was conscious of the enormous global challenge of plastic waste management, which has been projected to reach 12 billion tonnes in landfills by 2050.

She stated that out of the number, only five per cent has been recycled and the government has committed human and material resources to tackle waste management in all the 57 Local Governments and Local Council Development Areas of the State.

“All the agencies in the environment sub-sector have been directed to ensure compliance by the people, while over 200 recyclers have been registered under the ‘waste to wealth initiative’.

“They have been producing durable and beautiful items from the plastics,” the SSG told the gathering at the event.

She explained that the government, through the Lagos Waste Management Authority (LAWMA), introduced the Blue Box Programme in 2019 to promote the extraction of plastics and other recyclable waste to conserve the natural environment, through sorting of waste before collection while people were rewarded for picking up plastics.

Garbage heaps still pile up on Alimosho roads, despite appeal by LAWMA for cooperation
Nov 10, 2020 9:15 PM