ICCDA in solidarity with KSO, supports bid for second term

THE Idimu Land Communities Central development association (ICCDA) and its member CDAs, during its monthly general meeting on Wednesday, 19th May, at the palace of the Onidimu of Idimu jointly resolved to further support Hon. Kunle Sanyaolu Olowoopejo (KSO) for his second term bid as the Executive Chairman of Egbe-Idimu LCDA.
May 20, 2021 4:00 PM By: Babatunde Sokan 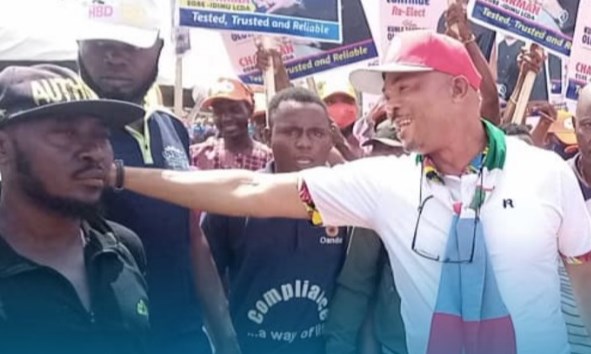 The resolution was promoted at the monthly general meeting in order to encourage the incumbent chairman to identify more with the various Community Development Associations at the gathering.

"To demonstrate this resolve and unalloyed support for him, we promise to canvass through our teeming members and supporters for his electoral victory at all levels of the forthcoming elections. With God on our side victory is assuredly guaranteed", said one of the officials.