AS the Yuletide season approaches, prices of foodstuffs and groceries have increased above 100 per cent at the Council Market in Egbe-Idimu Local Council Development Area (LCDA) of Alimosho Local Government.
Dec 3, 2020 5:45 AM By: Gideon Adonai
Council Market, Idimu, Egbe-Idimu LCDA on December 2, 2020.

AS the Yuletide season approaches, prices of foodstuffs and groceries have increased above 100 per cent at the Council Market in Egbe-Idimu Local Council Development Area (LCDA) of Alimosho Local Government.

A market survey conducted by AlimoshoToday on Wednesday revealed that prices of some foodstuff and perishable items have increased astronomically.

The survey showed that the hike in price is due to the high cost of transportation.

Some traders selling food items said sales have been very poor, while others decried their inability to stock enough goods in their shops because their initial capital can no longer procure the amount of goods they used to buy. 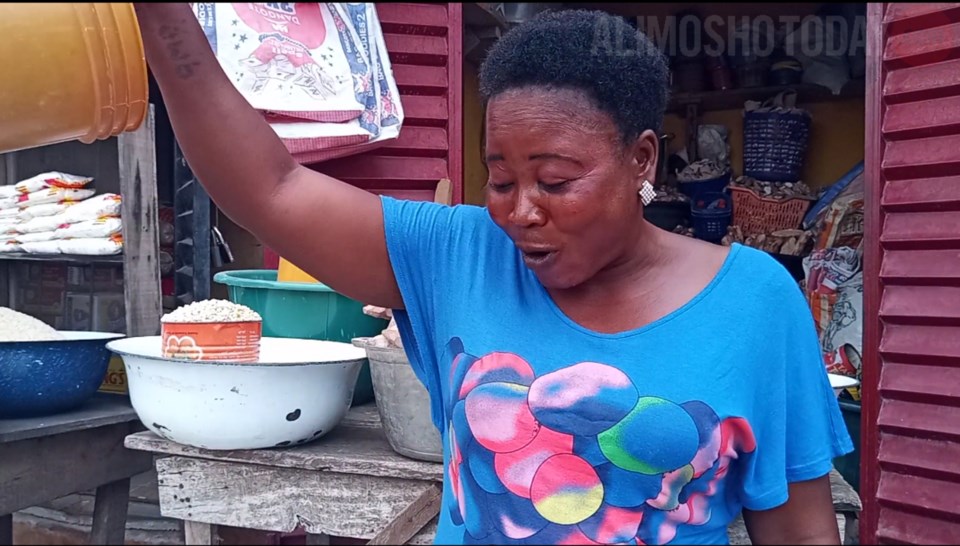 She said a small paint bucket of garri that was initially N350 but now sadly sells for N800. This amounts to 128 per cent jump in price.

A trader who deals in noodles and seasonings at the Council Market, Mrs Victoria Adenuga, also expressed dissatisfaction with the level of sales, attributing the increase in the price of her goods to the high cost of transportation ahead of the Christmas and New Year celebrations.

According to her, the economic recession has affected a lot of homes, as some consumers can no longer afford the normal quantity of food items they used to buy, due to their soaring prices.

The price of a small carton of Knorr Chicken seasoning cubes formerly sold for ₦5,200 now sells at ₦10, 800.

This gives an obvious 107 per cent increase.

Adenuga also explained that the price of Indomie noodles that was formerly N1,750 moved to N1,800 and has now jumped to N2,200 due to the high cost of transportation.

Another trader who deals in rice and groundnut oil at the same market, Mrs Janet Bamiduro, revealed that the Mamador brand of vegetable oil used to be N7,000 but is now N7,800 while 5 litres of Kings vegetable oil which used to sell for N3,200 is now N4500.

Mrs Joy Ovienria who sells cowskin, popularly called ponmo, also lamented poor sales. She said the price of one piece of ponmo has jumped from N1OO to N150.