AUSTRAILA recommends the use of Pfizer’s coronavirus vaccine for people younger than 50 in preference to the shot made by AstraZeneca, the government said on Thursday, changing its advice for those deemed most at risk. The move, after Europe’s drug
Apr 8, 2021 5:00 PM 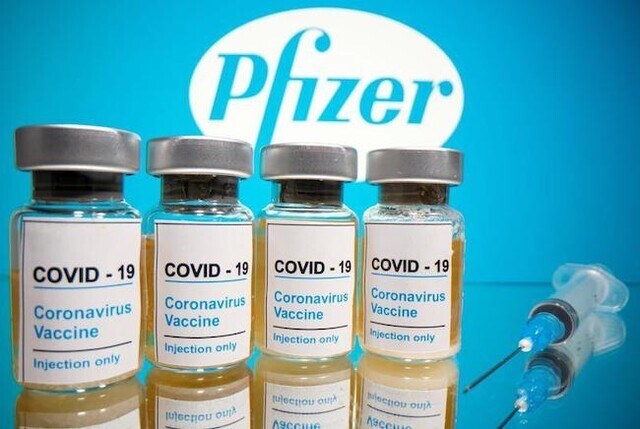 The move, after Europe’s drug regulator, found a possible link between the Anglo-Swedish vaccine and rare blood clotting issues, is a huge hurdle for Australia’s faltering inoculation effort, which relies heavily on the AstraZeneca vaccine.

Chief Medical Officer Paul Kelly said Australia would advise health providers to only give a first dose of the AstraZeneca vaccine to adults younger than 50 when the benefit clearly outweighs the risks.

Those who have already had a first Astrazeneca dose without any serious adverse events “can safely be given their second dose,” he added.

On Wednesday the European Medicines Agency said it found rare cases of blood clots among some adult vaccine recipients, but added that the advantages still outweighed the risks.

Kelly said despite the risks being extremely low, Australian experts have changed their advice for those at greatest risk.

Australia has ordered 20 million doses of the Pfizer vaccine and Prime Minister Scott Morrison said Canberra was in talks to increase the order.

It will continue to give the AstraZeneca vaccine to people aged over 70, but those above 50 who opt for the Pfizer vaccine will have to wait, the government said.

The European regulator’s latest findings spurred Britain to recommend an alternative vaccine for people younger than 30, while Italy suggested limiting AstraZeneca shots to those older than 60.

Australia’s immunisation campaign, which is more than 80% behind its original schedule, relies heavily on the AstraZeneca vaccine for a population of nearly 26 million.

It had pledged to administer at least 4 million first doses by the end of March, but could only deliver 670,000, with the government blaming the delay on issues oversupply from Europe.

It had been looking to ramp up the immunisation effort, underpinned by plans to make 50 million doses of AstraZeneca vaccine in Australia, produced by CSL Ltd.

Australia began vaccinations much later than some other nations because of its few infections, which stand at just under 29,400, with 909 deaths, since the pandemic began.

Neighbouring New Zealand has barred entry to all travellers from India, including its own citizens, over the next two weeks after numerous arrivals from the South Asian nation tested positive.

It is the first time New Zealand has barred its own citizens and residents, although both it and Australia shut their borders to non-citizens very early in the pandemic to rein in outbreaks.

How worried should we be about links of blood clots to AstraZeneca's vaccine?
Apr 9, 2021 4:30 PM