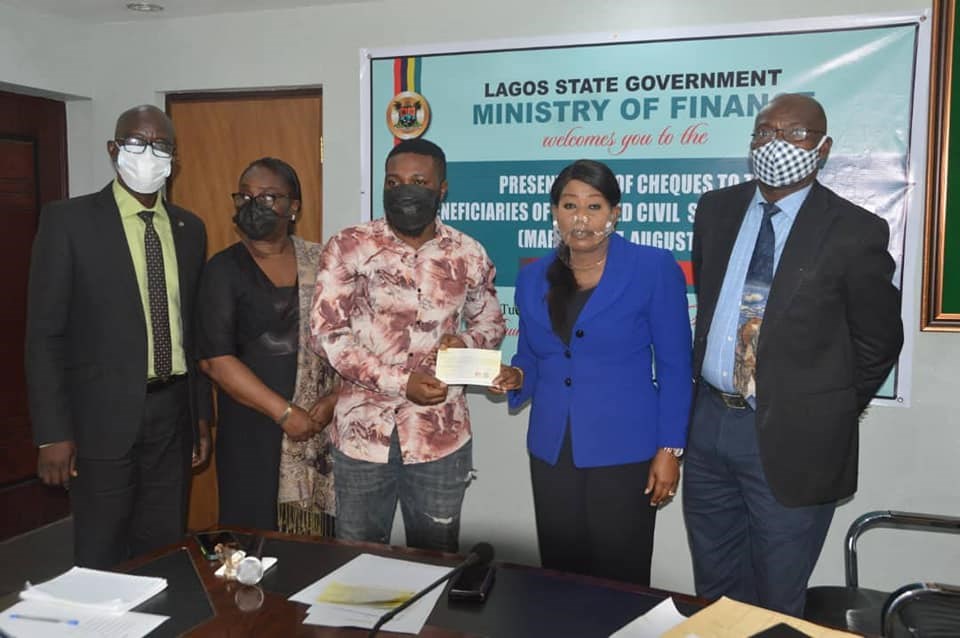 According to the Permanent Secretary, Ministry of Finance, Mrs. Oyeyemi Ayoola, Governor Sanwo-Olu approved the release of the first tranche of the Insurance Benefits totalling N 454,888,253.36.

Speaking on Thursday during the presentation ceremony at the Conference Room of the Ministry of Finance, Alausa, lkeja, Mrs. Ayoola noted that the paid death benefits are exclusive of gratuity and pensions of the deceased.

The Permanent Secretary congratulated the beneficiaries for being alive to receive the benefits in trust for the deceased and admonished them to channel the money into good ventures, while emphasising the determination of the administration of Governor Sanwo-Olu to prioritise the welfare of its workforce.

Reiterating the magnanimity of the Lagos State Government in the prompt monthly payment of salaries of its workforce, remittance of pensions and the provision of insurance cover for staff, she affirmed that staff members who die while in service are usually compensated through their next of kin and other beneficiaries.

Responding on behalf of other beneficiaries, Engr. Akinwale Felix Bamidele, who retired from the Federal Civil Service as a Deputy Director, appreciated the Governor of Lagos State,  for the kind gesture.

He said that to the best of his knowledge, Lagos State is the first state in Nigeria extending such death benefits to its workforce.