Lagos State Government on Thursday stated that its Land Use Charge Reforms Law has a human face, enacted with the welfare of Lagosians in mind and remarkably different from the Land Use Charge of 2018.
Nov 20, 2020 11:13 PM By: 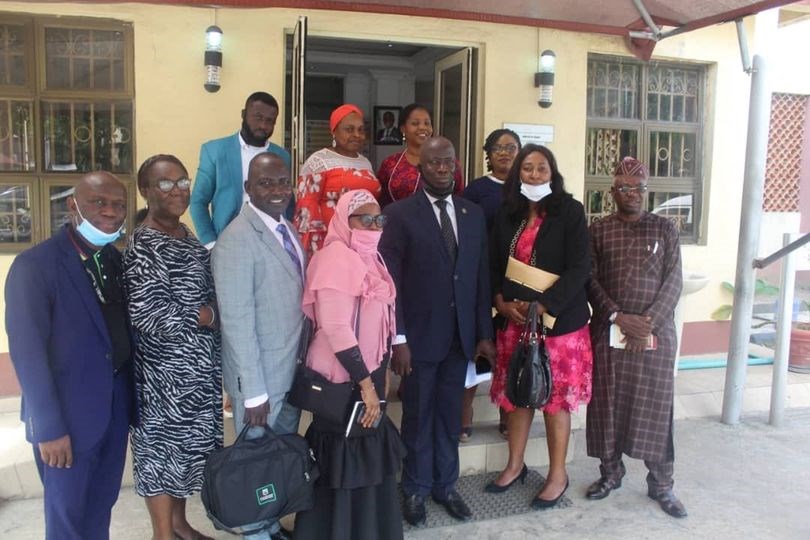 Lagos State Government on Thursday stated that its Land Use Charge Reforms Law has a human face, enacted with the welfare of Lagosians in mind and remarkably different from the Land Use Charge of 2018.

The State Commissioner for Finance, Dr Rabiu Olowo, made the assertion while welcoming officials of the Internal Revenue Service, Federal Capital Territory Abuja, who were on a work-study to Lagos, adding that the need to make the Act people-friendly informed the various provisions such as the 40 per cent general relief, a waiver for pensioners and discount on early payments among others.

The Commissioner, represented by Mr Haruna Ayodiji, Director, Administration and Human Resources, Ministry of Finance, harped on the need for increased internally generated revenue at all tiers of government, through effective and innovative taxes in order to shore up the dwindling revenue of the government.

According to him, "There is an urgent need to improve the amount of revenue generated internally to provide the government with the much-needed revenue to meet the huge infrastructural deficit. The Land Use Charge Law, which is a property tax, will help in bridging the revenue gap even as it is designed to be people-friendly".

Olowo pointed out that the Land Use Charge Law will help in eliminating incidents of multiple taxations while at the same time boosting revenue generation and consolidation through efficient identification of the property, as well as effective collation of data and information on land property in Lagos State.

Also speaking at the meeting, Alhaja Moriliat Ganiyu, Director, Tax and Revenue Department, reiterated that the objective of the LUC was to mitigate against multiple taxations on properties, explaining that the reform was an attempt to improve transparency in the billing process with the introduction of self-billing methods for citizens.

While maintaining that the self-billing will enable property owners to assess their property in order to help to reduce leakages and fraud, she, however, noted that the downside of the 2020 LUC is the “uncooperative and hostile behaviour by the property owners to the enumerators, which hinders perfection in the job.”

Ganiyu frowned at the untoward behaviour of some property owners who deny officials access to their property or provide false and misleading information.

She averred that the law has enough mechanism to address the complaints of property owners, saying: “The State government has put in place a robust compliant mechanism aimed at addressing grievances related to Land Use Charge. We have Land Use Charge Assessment Tribunal Appeal for resolution of matters. Also, we have 10 Call Centres across the State. We have a dedicated email for LUC complaints”.

Earlier, Mr Abdulahi Atta, Chairman IRS, who was represented by Mr Salisu Abubakar of the Department of Tax and Controller Federal Capital Territory IRS, thanked the government for the warm welcome accorded the delegation, adding that the team is in Lagos to understudy the State Land Use Charge Law.

He expressed happiness that the officials painstakingly took them through the process of evaluation and strategy deployed in enhancing revenue generation in Lagos State through the exchange of ideas, stressing that he looked forward to the compilation of the reports for presentation and review.

LASUCOM inducts 15th set of medical doctors, 5th of dental surgeons
Nov 21, 2020 8:41 PM
Comments
We welcome your feedback and encourage you to share your thoughts. We ask that you be respectful of others and their points of view, refrain from personal attacks and stay on topic. To learn about our commenting policies and how we moderate, please read our Community Guidelines.