The Captain of Samjason Football Club, Tiamiyu Babatunde, has expressed confidence that his team are in a better position to emerge winner, as the Alimosho League Super Four kicked off at Egan football pitch, Igando on Thursday.
Feb 26, 2021 4:40 PM By: Josephine Kolawole 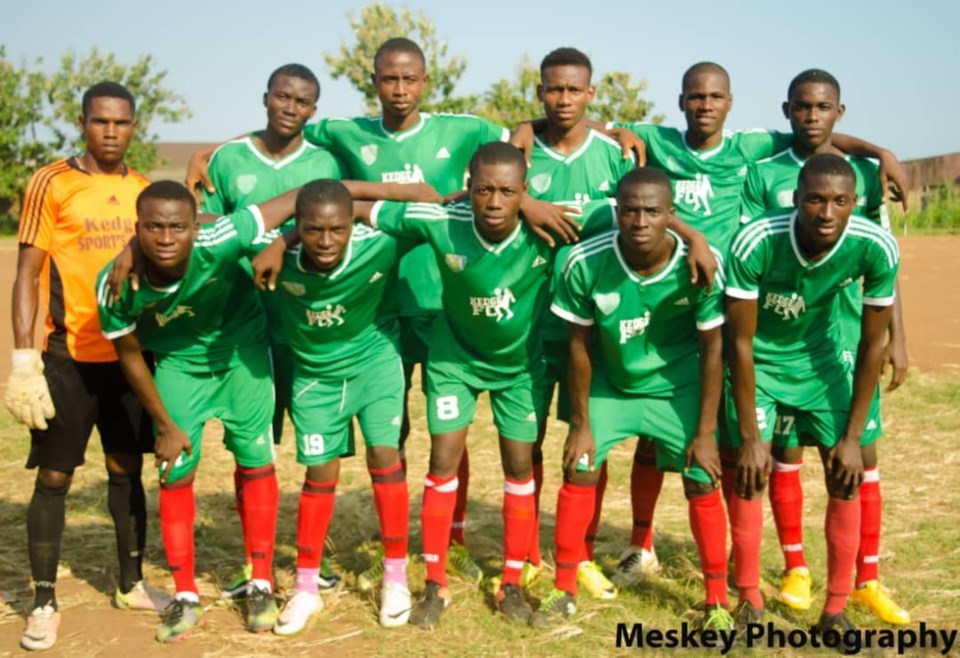 The Captain of Samjason Football Club, Tiamiyu Babatunde, has expressed confidence that his team are in a better position to emerge the winner as the Alimosho League Super Four kicked off at Egan football pitch, Igando on Thursday.

The captain who doubles as a goalkeeper, said his teammates are in a killer mood and they are ready to go all out for three points against defending champions, Peculiar FC.

“It is going to be a tough game for us because the Alimosho Super Four would be tougher than the Alimosho Football Coaches League that we just concluded. But let us sound a note of warning to our opponents that we are not only ready, but we want to win the Super Four League.

"We have suffered a lot to qualify for Super Four finals and we cannot afford to take any anything for granted at this crucial stage of this competition,” said Babatunde who vowed to be at his best in all matches.

In his swift reaction, Peculiar FC coach, Ahotin Anthony admitted that their match against Samjason FC would be tough but noted that his boys are in good frame of mind to shock Samjason FC again.

“We have beaten them before and history can still repeat itself in Super Four. Of course it is going to be a tough match, but we are going to give them good fight and ensure that we win our first match,” he said.

In the second match of the day, Salamson FC faced Kedge Sports FC. The Super Four leagues would last for three days to determine the true champions of Alimosho League.

Chairman Organizing Committee, Uchenna Samuel Eke, urged the participating teams to play the game according to the rules and wished all the teams best of luck in their outing.

The inaugural trial of Alimosho Football League took place in 2018 and Samjason FC won the first edition while Peculiar FC won in 2019. The league has produced some players who are currently playing in the Nigerian league.