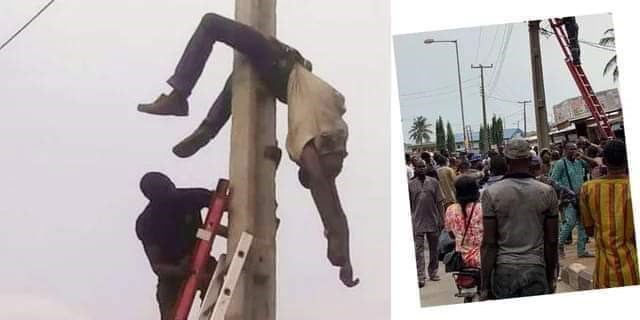 A staff of the EKDC was reported to have been electrocuted to death yesterday while working on an electric pole in Abule Egba area.

According to the report received by AlimoshoToday.com, the young man was disconnecting the wires due to non-payment of electricity bills when the power suddenly got restored.

An eyewitness, who confirmed the incident said the deceased had disconnected power from a pole before being electrocuted while disconnecting another.