African Clean-up Initiative (ACI) with the support of the Coca-Cola Foundation, held its Green Valentine Cleanup on Saturday.
Feb 21, 2021 7:40 PM 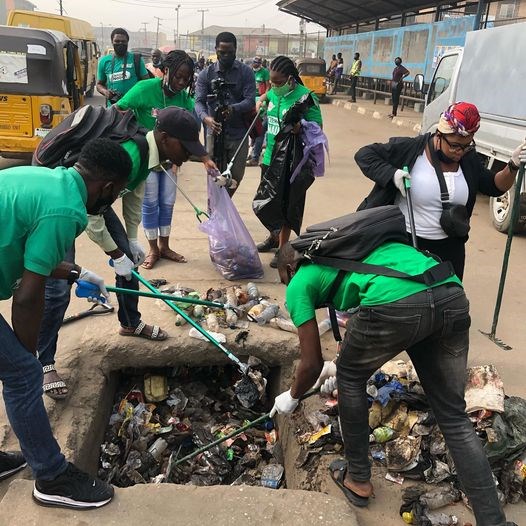 African Clean-up Initiative (ACI) with the support of the Coca-Cola Foundation, held its Green Valentine Cleanup on Saturday.

This is as the Lagos State Government urged residents to show leadership in the management of waste.

The Permanent Secretary, Ministry of the Environment and Water Resources, Mrs Belinda Odeneye, said this while delivering a keynote address at the Iyana-Ipaja market clean-up exercise.

Odeneye, represented by Mr Ademola Samuel of the Sanitation Service Department in the Ministry, urged residents to take responsibility in the handling and management of waste in the state.

Odeneye, who acknowledged the challenge in the management of waste globally, noted that government was desirous of a clean, healthy and beautiful Lagos through waste reduction, reusing and recycling.

According to her, waste generation is a non-avoidable product of man’s activity.

She said that there was a correlation between sanitation and the health of the environment.

She described ACI as the vanguard of the environment, adding that concerted efforts by all was needed to save the environment from indiscriminate waste disposal.

In his remarks, Mr Alexander Akhigbe, Founder and CEO, ACI, said that the Green Valentine Clean-up was meant to create advocacy for the love of the environment.

Akhigbe said that the love for the environment should be the driving force in ensuring the proper disposal of waste.

The CEO expressed gratitude to the Coca-Cola Foundation for being supportive of all its organisation’s clean-up initiatives.

NAN reports that volunteers for the clean-up exercise expressed delight in taking part in ensuring that Iyana-lpaja was rid of waste.